Who We Are:
Meet Our Team 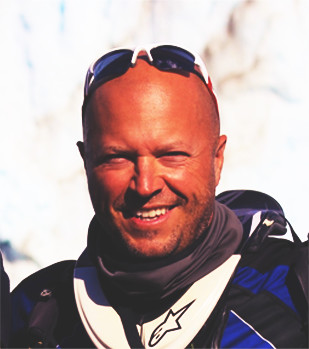 Originally from Wisconsin in the United States, Eric set out on a long awaited adventure in the spring of 2008 and rode across the U.S., down through Mexico and Central America, eventually ending up in South America. Having covered 65,000 miles during this first 2+ year journey and having worked in motorcycle tourism along the way, Eric’s passion for adventure was only fueled by what he saw: The incredible scenery and culture in places like Bolivia, unforgettable rides through the Andes mountains, and of course, the stunning and almost “heart-breaking” natural beauty of Patagonia. All the exploration, discovery, and reactions from touring customers left him with the recurring thought that, "more people need to experience this." That sentiment has propelled RIDE Adventures to become the reputable travel service provider that it is today.

Still acting as a motorcycle guide for Patagonia tour groups and always researching more journeys that travelers should enjoy, the history of Eric’s initial travels through North and South America in 2008-2010 can be reviewed on his personal blog at http://travelswitheric.blogspot.com. 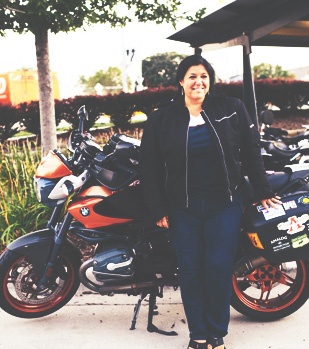 Whether it's because of her Rossi-like riding skills or intrepid ways when it comes to office-related tasks, "The Machine" has earned her nickname for multiple reasons.

As the acting newsletter editor for the Wisconsin BMW Riders, Christine is well-known in the motorcycle crowd and can regularly be found at BMW MOA rallies, local "bike nights," and other motorcycle functions throughout the year. Keeping a busy schedule seems natural to her as she balances full time work, her candle business, and multiple volunteer duties each week.

Owning 2 BMW's herself, Christine has participated in multiple on & off-road riding academies and endeavors to ride better all the time. Recently heard saying "I saw those girls riding motocross.....that looked like fun," we can only imagine what's next for "The Machine!"

Lars Caldenhoven is our local operator in Arequipa, Peru, but comes from Holland with a lifetime of adventure, travel experience, mountain guiding and other activities around Europe. Following his interest in Native and Latin American culture, Lars spent over a year traveling and learning about these regions before settling down in Peru in 2001. He continues to call Peru his home with his family since then, and guides many of the motorcycle trips and 4x4 tours we offer in Peru, Bolivia, Chile and Argentina. Speaking 4 languages almost fluently and ready to answer your travel inquiries anytime, you can contact Lars on this link. 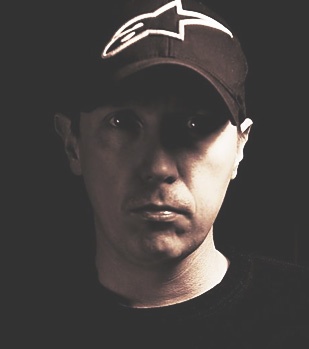 A few years back, Chad had the vision to create a dual sport motorcycle adventure route in his home state, and the Trans Wisconsin Adventure Trail was what we got.

This long-time motorcycle riding enthusiast set out on multiple research missions over a year's time, dealt with every type of weather Wisconsin can throw at us, and eventually announced that this trail that reaches from the Illinois border to Lake Superior was complete.  Mixing pavement riding with off-pavement terrain throughout the route and actually dipping into Iowa along the way, anyone trying to figure this route out alone would have to make the same investment Chad did to complete it.

Chad's handywork as a semi-pro photographer has helped announce "The Trail" to the riding world, and if your're lucky, his photography skills will be part of your adventure when you join our guided tour of the Trans Wisconsin Adventure Trail. 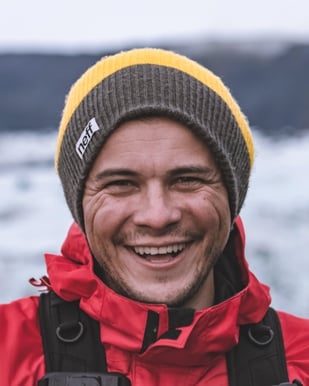 Before Garrett joined us he was the world for 3 years riding in various countries. His love for being on two wheels while came from the accomplishment of traversing New Zealand to it's most northern point. He says all he remembers before the trip is looking at a map and saying "that's the place".

Garrett is a bit of an all-rounder but his main background is in videography,  photography and web-based content production. He's done work for Skyscanner, Travel + Leisure Magazine, Czech tourism, Turismo Espania, and many more. He will be producing a lot of videos for RIDE from our tours all over the world, perhaps on your tour!

He has three loves, his girlfriend Nina, his camera, and KLR 650. 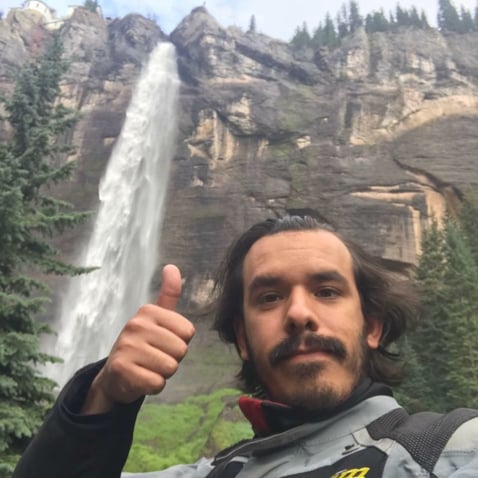 Originally from Mexicali, BC., Diego has been living in the U.S. for almost 20 years. While living in Baja California though, he spent time with his Dad exploring the peninsula with activities like fishing off the coast of the Rio Colorado Delta, and exploring canyons in the middle of the desert. In Iowa, Diego's adventure spirit may have dwindled a bit, although a few backpacking trips overseas brought that back. Early thoughts of getting into overlanding via a Land Cruiser or Land Rover Defender changed dramatically after watching the "Long way Round" which sparked his passion for the possibilities of traveling by motorcycle. After researching and eventually buying his first bike, a 2016 BMW R1200GS Adventure, Diego has found his calling in Adventure Motorcycle Travel. Spending the next 2 years going to events all over the U.S., Diego was eventually named the "Rookie of the Year" award by the GS Giants.
After running away from Iowa's extreme 2017 winter, Diego spent a few months living a long-awaited dream by once again traveling and exploring Baja California on his BMW. Now having joined the RIDE Adventures Team, Diego is ready to assist anyone with their travel needs, and who knows, may be the Best Baja Guide yet!
© 2020 www.rideadv.com | Privacy Policy
Book Your Trip Now!
© www.rideadv.com | Privacy Policy