What customers are saying about their experiences with Ride Adventures 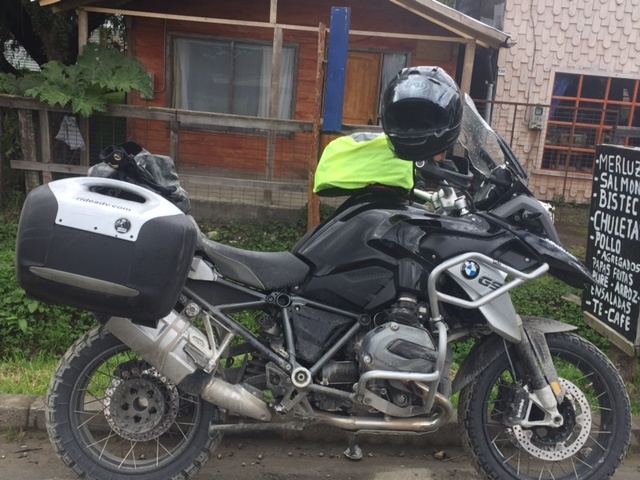 "We hired three bikes from RIDE Adventures for 4 weeks of touring in Chile and Argentina (south as far as the Perito Moreno glacier and north to the Paso de Agua Negra).  My bike was a practically new R1200GS which was perfect for the trip.
I was not expecting to be as blown away as I was by the experience of riding in South America - astounding scenery from lush lakeside parks to volcanos  to desert to glaciers to a mountain pass only 600 metres lower than base camp for Everest.  The roads also astonished me : in a good way - we rode on gravel roads and asphalt roads  The gravel was what I had hoped for and expected - the asphalt roads were not ! - I rode on some of the best surfaced roads with perfect cambers and beautiful sweeping bends ( at times for in excess of 100 miles)!!  Fantastic!  Having ridden bikes for over 20 years in approximately 30 countries, I can honestly say the trip included probably 3 out of 5 of my best days on a bike.

Ulli was exceptionally helpful whether with route suggestions, changing panniers, supplying pannier bags, new maps [and exceptionally fairly not charging me for a bracket which broke supporting one of the panniers when i returned the bike as he could see it was not due to a fall] as well as some very well received cold drinks on his porch when picking up and dropping off bikes!
I would recommend anybody even half thinking of a trip in Chile or Argentina (regardless of the length) to contact RIDE Adventures.  I certainly will be back and will book with them again!

- Barrett and his friends are making us stand tall and proud with huge smiles after trip reports like this! Please remember though, Patagonia motorcycle rentals should be reserved 8-12+ months in advance, as the season sell out early. Barrett, we're glad you guys planned well ahead, and enjoyed your adventure ride: )