6 Compelling Reasons to Ride Motorcycles In Namibia with us

Namibia is like a painting – one of the most striking destinations on the planet – astonishing colors abound, completed by a transcendent quality of light, clear blue skies and vast wild spaces. This is a country where you can ride motorcycles for days without seeing another person. In a remote wilderness far from the modern world, things we’d usually take for granted take on a different meaning. Enjoyable, freshly cooked meals eaten under the stars. A roadside stop in the deep shade of an Acacia tree, a beer with friends round a campfire after a day in the desert.

Stand at the edge of this 22000 km sq ancient lake and see the curvature of the earth, plus an amazing variety of wildlife, Lion, Hyena, Elephant and much more.. 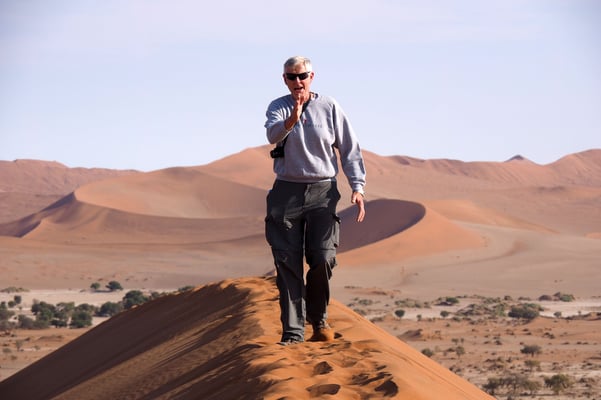 Harsh moon like vistas, profound silence, incredible starry skies and a geological wonderland are the order of the day here. This is home to the country’s famous desert-adapted elephants, black rhino, and a few isolated communities. 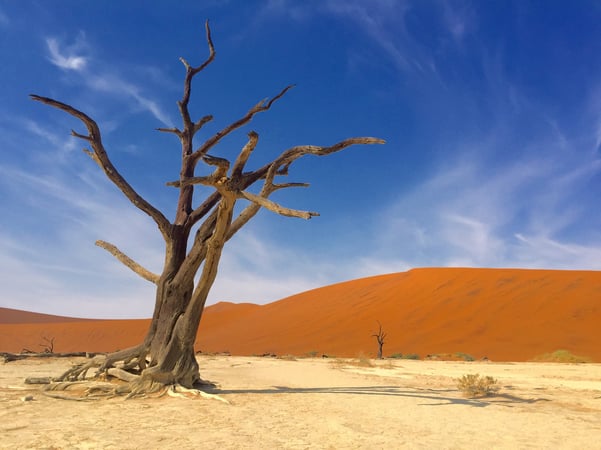 The world’s highest dunes tower against the azure blue of the sky and from the top, views of the iron rich red sands extend to the horizon.

Covering almost 50,000km², it is one of  the largest conservation areas in Africa and guards one of the oldest deserts on earth. The Namib is all about breathtaking scenery on a grand scale, isolation, unnerving silence, other-wordly plants and animals. Our Southern Africa Experience Fully Guided Motorcycle trip package gives riders the opportunity to twist the throttle througout the canyons and landscapes that make this some of the best dual sport riding we've ever enjoyed.

The great Fish River Canyon – the biggest canyon on planet Earth’s southern hemisphere, only second to Arizona’s Grand Canyon in terms of size.