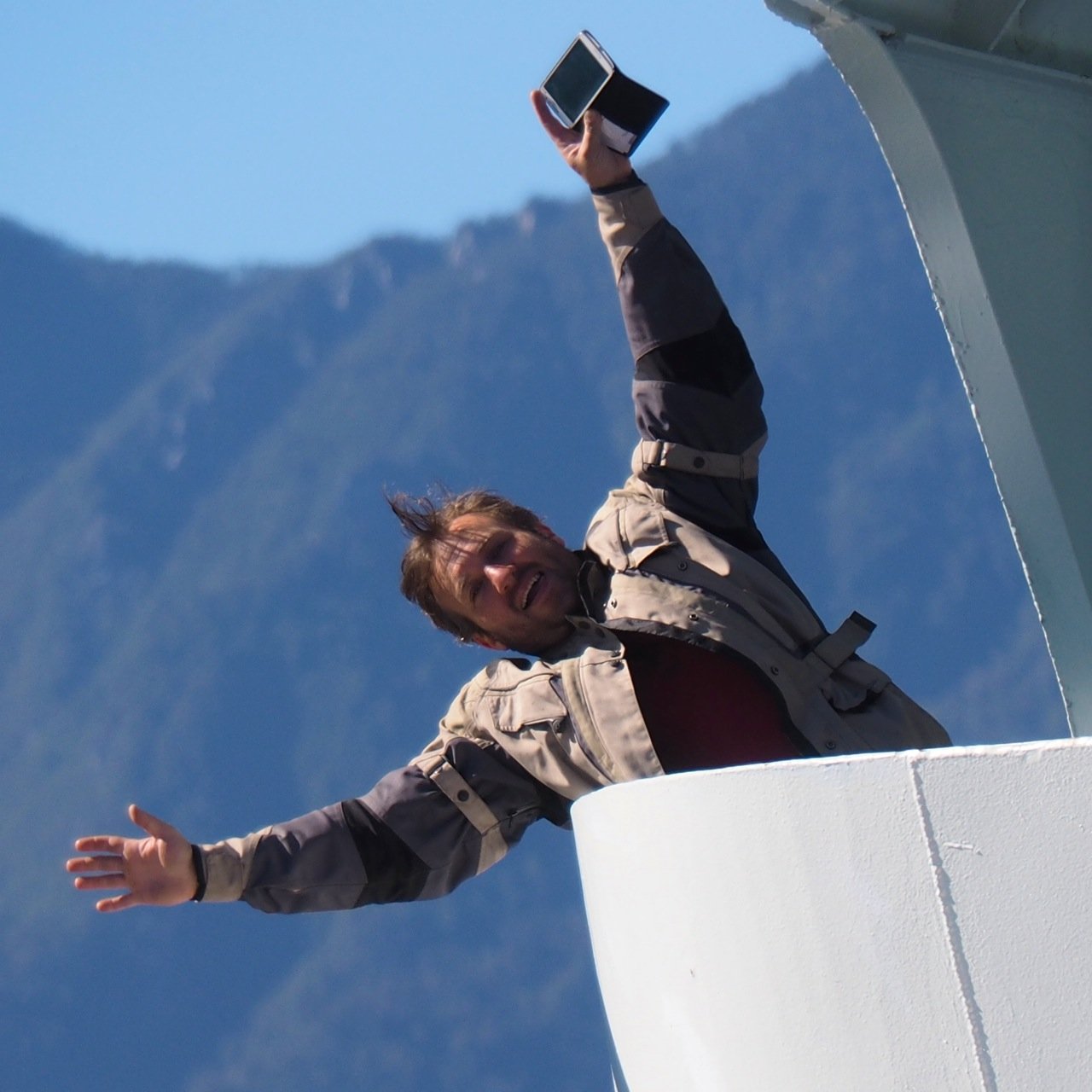 Andres, our proud Chilean motorcycle tour Guide, was once described as the "Golden Retriever" of the group. Ever-friendly and loved for his upbeat demeanor by those who he rides with, we couldn't be happier to have Andres showing our customers the best riding in the Andes Mountains! 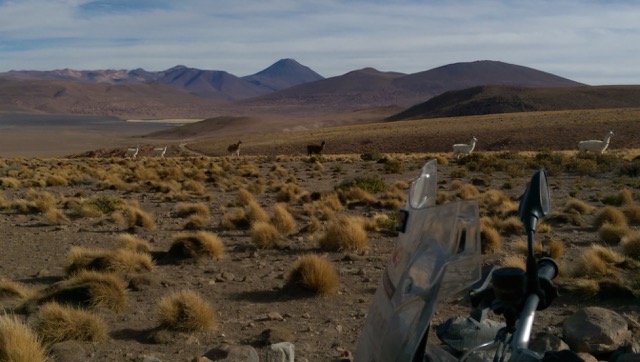 ITS GREAT TO SLEEP BACK AT SEA LEVEL! We've been riding these adventure bikes at some of the highest elevations in the Andes Mountains, which of course makes for thin air and occasional difficulty sleeping. Much better now though, having descended from 3700 meters to get to the Pacific Ocean. (And there are higher passes, like the one at San Antonio de Los Cobres measuring 4,850 meters!)

Riding along the shoreline as we headed north from Iquique, it's also clear that this once-small town in northern Chile is growing by the amount of construction and tall buildings being built. We can see behind us the paragliders leaping off the peaks that surround this city to the east, very close to the ocean. Iquique is a special city also, because it's so close to both Bolivia and Peru, so people from those countries have migrated here and make up part of the regular population with my fellow Chilenos.

END_OF_DOCUMENT_TOKEN_TO_BE_REPLACED 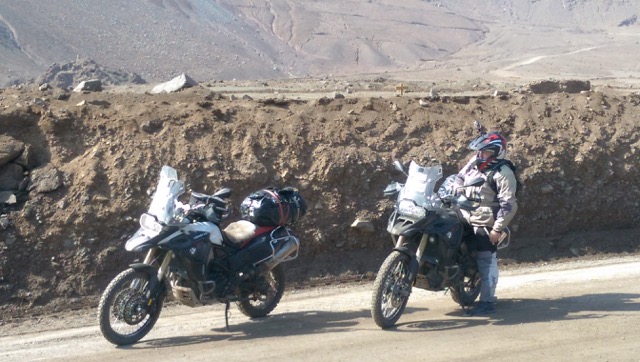 (See blog post from Day 2 of this research trip on this link.)

Of course one of the great things about riding in the Atacama Desert, the "driest desert in the world," the weather is absolutely beautiful once again! Even the brief rainy season here is 'barely' rainy, so we mostly have bright blue sunny skies to enjoy.

Waking up to a view overlooking the harbor in Antofagasta, we headed north along the coast for some great sweeping curves and twisties similar to those found on California's Hwy 1, or as the PanAmerican Highway feels along the shorts of Peru just to the north. Waves crashing, birds hunting, and that wonderful scent of ocean air makes us just love this trip.

END_OF_DOCUMENT_TOKEN_TO_BE_REPLACED

(Continued from the Day 1 blog post on this link.)

We had a little change of plans today: Instead of going east and over the Andes Mountains into Argentina, our "scouting" group rode to the west. Across the Atacama Desert and over the "Cordillera de la Sal," the Pacific Ocean and coastal city of Antofagasta, Chile became our target. This gives us the chance to ride past small lagoons that are often populated with pink Andean Flamingos and other local birds. That's right: The World's Driest Desert also has pink flamingos in it!

END_OF_DOCUMENT_TOKEN_TO_BE_REPLACED 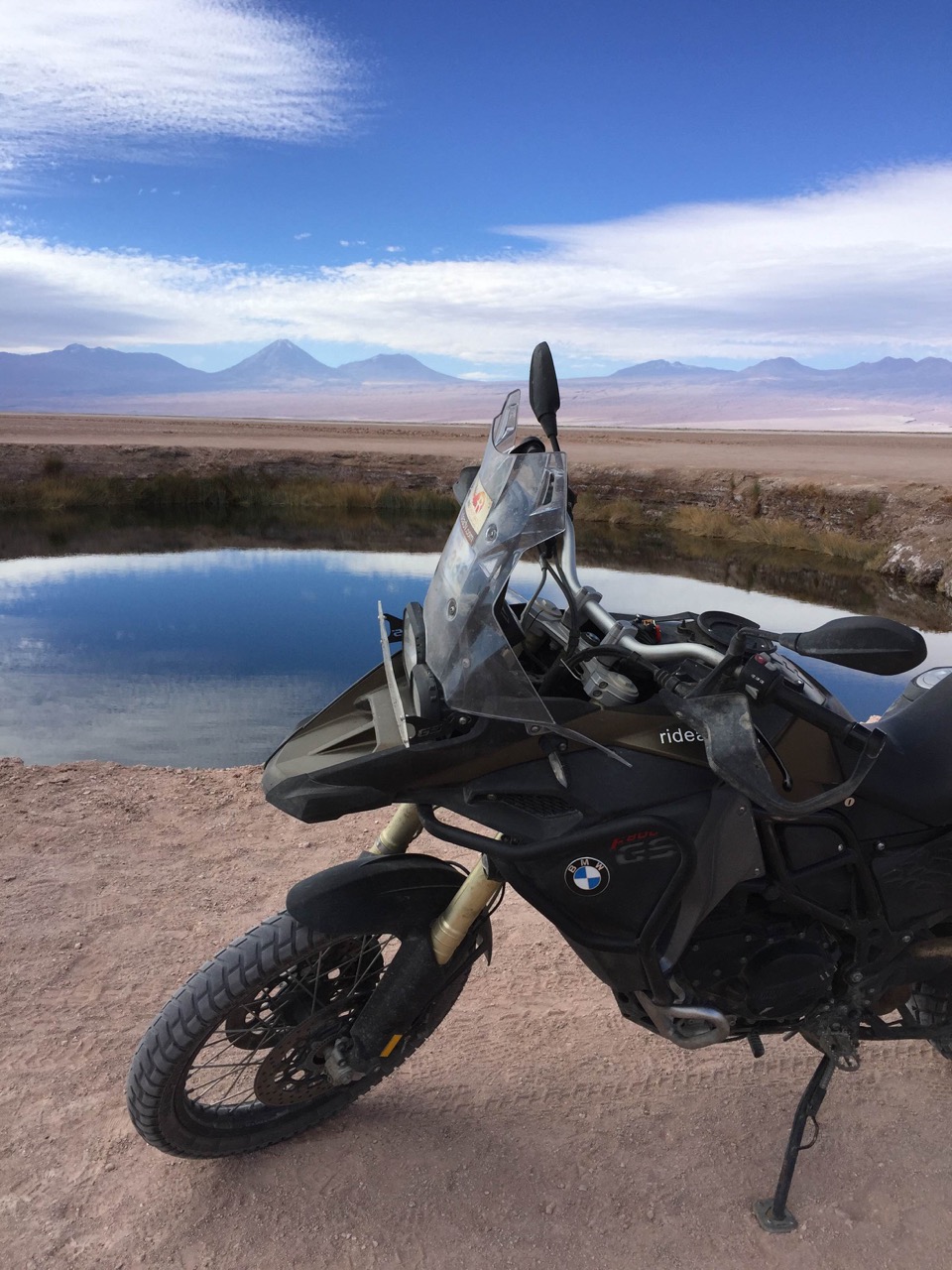 It's been a while since any of us was out in the Atacama Desert, but the reasoning is not for it's lack of charm and riding opportunity. Simply put: The Patagonia motorcycle touring season has kept us so incredibly busy that its 6-7 month riding season keeps us so occupied year-round, that the northern areas of Chile and Argentina just sort of "slipped" out of focus for a while now.

It never should have though! The adventure riding possibilities around San Pedro de Atacama and Bolivia are so great, that Ulli, Andres, and Andres Perez have been out exploring and reconfirming route conditions and such, because as of now, we have BMW GS's and Honda Africa Twins based in Antofagasta, Chile. This will make rental options and tours for the Atacama area much more reasonable to start from than Santiago or points further south. The idea is to have a small portion of the fleet there in Antofagasta from about May through September each year.