As you've noticed by now, we at RIDE Adventures also support the individual riders, the "Lone Wolves" if you will, who head out and Ride the World on their own motorcycles. While we hope to bring more of you into our service offering, we're not just supporting those who purchase our guided tours & motorcycle rentals.

In the same spirit, we've noticed a unique story about a unique motorcycle rider named Allan Karl, how his leap of faith led to him amazing cultural discoveries and experiences from around the world, and a new project that has evolved from this in the form of a book. Enjoy Allan's comments and photos below, and you can be part of his fun publishing project (photos by WorldRider or Allan Karl) 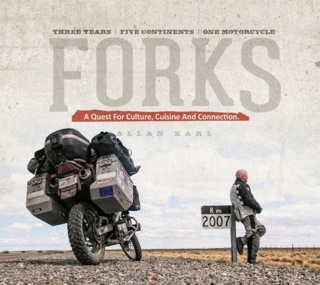 What inspires us to wander and wonder, to pursuit our passion or to push our minds and bodies beyond the limits? The more I travel, the more I learn how important travel is to growing personally and learning.

Unlike those who are happy traveling afar only to cocoon themselves in an all-inclusive resort buffered from culture beyond the resort walls, I believe those of us who prefer to travel overland by motorcycle or 4x4 are motivated by an insatiable curiosity to explore and discover.

Several years ago I woke up to the fact that I was jobless and my marriage had ended.  I had come to another fork in my life. At first, I started another business. It didn’t take long for me to realize that my work was unfulfilling. That’s when I decided to travel around the world—alone on my motorcycle.

For two years I planned my adventure, poring over books, maps and internet sites. I searched for the best modifications I could make to my BMW dual-sport motorcycle, spending hours in the garage getting it ready. 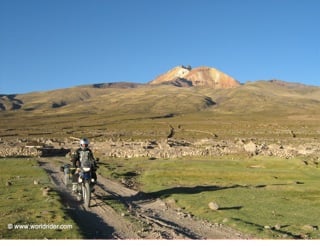 I winded down my business, sold almost everything I owned and headed to the Arctic Ocean. The journey north from California was an adventure and a test ride. I would have a chance to tweak my bike and load, which I did, before crossing into Mexico and heading south to Patagonia, Tierra del Fuego and beyond.

Along the way, I traveled 62,000 miles through 35 countries on five continents. At first, I traveled too fast, buzzing through British Colombia, Yukon and  Alaska. I quickly learned that the goal of travel is not to check destinations of lists, but rather to experience culture and connect with people.

There were challenges along my journey. I broke my leg badly in Bolivia. I was marched into the Colombian jungle at gunpoint, and I had to plead with the governments of Syria and Sudan to let me into their countries.

My journey lasted three years. Most people don’t have the time, resources or will to travel for so long. For me, travel is the one thing on which I spend my money that nobody can ever take away from me. Travel is an investment in both time and money, and its return is immeasurable. 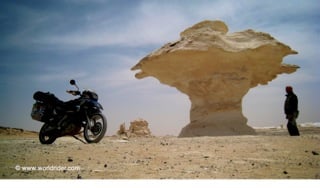 After returning from this adventure, I’d come to yet another fork in the road. What do I do next? I decided to write a book—another journey that took me nearly as long as my around the world motorcycle ride.

At first I planned to write a traditional travelog or memoir, but I realized the best way to share this adventure would be beyond words. That is, to see it with photos, to feel it through stories of culture and connection and to taste it with flavors of local food.

Agents and publishers asked me to simplify the idea, take out the food and photos. Rather than compromise, I decided to turn to the crowdfunding site, Kickstarter. After three years of work, my book is ready to print. FORKS, A Quest for Culture, Cuisine and Connection, is a 270 page hardcover book with 500 color photos and 40 recipes from all over the world. 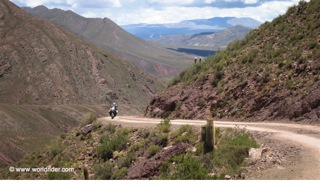 I hope that my Kickstarter campaign will succeed in generating enough preorders to fund the expense of first-edition printing.

The book, along with collector-edition postcards, photographic prints, coaching sessions and keynote speeches are some of the rewards that interested backers can expect from pledging on Kickstarter. Rewards start at $10, and books can be pre-ordered for as little as $45.