Editor's Note: This article about the best motorcycle GPS options was originally posted in 2013, but our readers and riders still get a tremendous amount of value from it, as it's the most visited article on our site. So we've tried to add to it through the years.  Some motorcycle GPS units may be past models so use it as a stepping stone for further research. We will update as we test new ones. Also, we have a 2017 Update Article for the Montana Linked Below.

*Please note: This is not an advertisement paid for by Garmin, and none of the reviews on www.rideadv.com are paid for by the manufacturers we recommend!

In the past few years, we've tested 3 dedicated units, 1 iPhone and 1 iphone/inreach combo trying to figure which works best as our motorcycle GPS. Below you'll find mainly the negatives for each unit, boiling it all down to the best motorcycle GPS unit for the situation.

Will our GPS choice be the best for you as well? You decide. I'm a motorcycle tour guide with dual sport riding & routing needs. Sometimes I'm following previously recorded routes & tracks, and sometimes out prospecting new motorcycle trips through the woods in regions seldom-traveled, recording what might serve as great options for our customers. If your situation is even close to ours, this article will make your next GPS purchase decision easy.

1) The iPhone (as a motorcycle GPS unit) 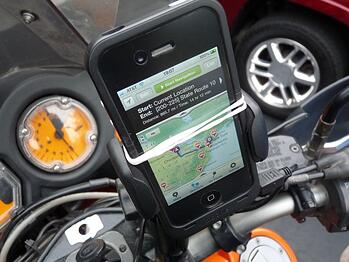 Indeed, I tried simply relying on our iPhone as a GPS device, mounted to the motorcycle. (See old blog article here.)  It was okay for a while, but I didn't continue using it because:

READY TO TRY YOUR GPS UNIT OUT? Check Out Our Self-Guided Patagonia Motorcycle Services

Since my trial with the iPhone, far better protective cases have made their way into the market, and the charging/protective issues have probably been taken care of. Still, those first 3 bullet points were annoying enough that I moved on to the next one: 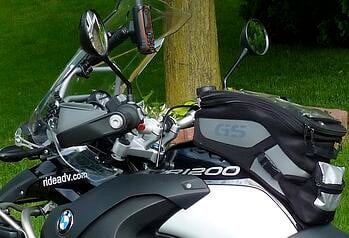 I loved the Garmin 62s for its lightweight & compact structure, but being so small only contributed to this list of negatives:

So in summary, the Garmin 62 S had me seeking change again, but as luck would have it, BMW was running a promo last year that meant when I bought my new 2012 R1200GS Adventure, I got a new BMW Motorrad Navigator IV motorcycle GPS for free!

Upon first trying the Navigator IV, I knew that touch-screen was the only way to go with motorcycle GPS. With factors like gloves, roadside changes of plan, and new searches, a big, beautiful screen and the ability to touch and click just can't be beat.  There were however a couple of negatives:

As much of our focus with www.rideadv.com is non-paved riding and finding the most unique, un-mapped routes for our customers, the first negative about the Navigator was enough for me to move on to: 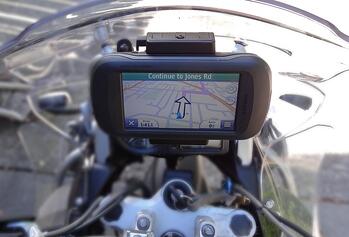 Finally, a motorcycle GPS unit that has none of the "negatives" listed above, and does everything I want it to! The Garmin Montana is durably built, has a big & bright touch-screen built in, and is easily & securely mounted to the Garmin Rugged Mount specifically designed for this GPS unit. (The Rugged mount even charges it automatically when mounted.)  The Montana 650t is in that mid-priced range at around $600 USD currently, but it's like having the off-road capability of the 62s and the pavement routing ability of the Navigator IV built into one unit.  In summary: A great value, and I love the Garmin Montana. One slight negative though:
You can even find a more basic version of the Montana for under $500 right now.  The Montana 600 basically has all the same features of the 650t, but doesn't have the camera or the built-in topographical map. (Over a year with it now, and I haven't used either the camera or the topo map on my 650t.)

Update 2020: Recently one of our writers took a trip down to Ushuaia and discovered this lovely combo that on our next GPS posts may just win the prize.

While the inReach Explorer+ on its own isn’t an ideal tool for navigating specific routes, in combination with a smartphone running Google, maps.me (or other similar navigation app), it forms a powerful and nearly foolproof set of tools for riders navigating in any environment. Combined with pre-loaded turn-by-turn directions through Google or maps.me, the Explorer+ allows for re-routing, the ability to backtrack using recorded tracking data, and can act as something of an insurance policy to ensure riders are always on the right track in the event of lost cell service.  RideADV contributor Adam Eckert has used the inReach-Google Maps combination through four months and over 13,000 miles of travel in Central and South America, and has come to rely on the inReach for all of the aforementioned roles. RideADV will explore this motorcycle GPS combination in-depth in an upcoming article, but for now, we believe that it offers a nearly ideal and comprehensive motorcycle navigation option.

So I hope this helps, as quite a bit of testing has gone into each of these motorcycle GPS options. Indeed, this can still seem like a bunch of money to spend, but given the wide range of abilities the Garmin Montana has, and the newly added Inreach/iphone combo has, I bet you'll find it well worth the investment on both of these options.  As one more side note: Spend the extra $100 (approx) and buy Garmin's City Navigator Map for your home country/region, and you'll be glad. 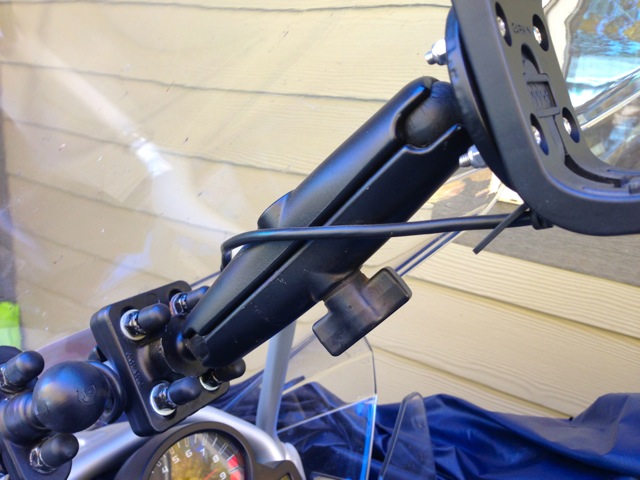